Jesus went to the cross for sinners, not the perfect. Fr Paul’s Homily is a reminder that our Lord doesn’t just call the worthy…

On Saturday 6th, July we celebrated Thy Kingdom Come in a way that felt uniquely “Sacred Heart”. We painted rocks, wrote prayers on special cards impregnated with seeds, received blessings from Father Paul and then planted everything in a special flowerbed at the front of the Church.Father Paul then blessed the plot of land and said prayers to mark the spot and the occasion. Please find below a video containing clips and photos of the event. Turn your sound up, sit back, relax and enjoy. Watch the video The aim of the event was to allow people to :- Deepen their relationship with Jesus Christ END_OF_DOCUMENT_TOKEN_TO_BE_REPLACED

Sea Sunday is the day which many Christian Churches set aside to remember and pray for seafarers and their families and give thanks for their lives and work. It is officially held on the second Sunday in July. During Sea Sunday, charities such as the Apostleship of the Sea (an agency of the Catholic Church sometimes known as The Star of the Sea) conduct fundraisers, hold parades, and run awareness campaigns about life at sea. The Apostleship of the Sea serves seafarers from across the world, regardless of belief, nationality or race. In all the main ports in Great Britain our team of chaplains and volunteers visit thousands of seafarers each END_OF_DOCUMENT_TOKEN_TO_BE_REPLACED

Peter’s Pence represents a small offering, accompanied by grand desires and visions. It is an offering that each member of the faithful decides to give to the Pope so that he can provide for the needs of the entire Church, especially in those places where the Church experiences greater difficulties. “From this, they will all know that you are my disciples, if you have love for one another” John. 13, 35 It is not by chance that Peter’s Pence, as a donation to the Successor of Peter, took on stable form in the seventh century with the conversion of the Anglo-Saxons, in connection with the feast END_OF_DOCUMENT_TOKEN_TO_BE_REPLACED

Saturday July 6 – 2.00 -4.00PM What is this event about? We would like to invite you and your family to an afternoon of community fun, prayer and creativity where we will paint beautiful stones to mark our freshly planted prayers (written on cards impregnated with seeds). With each passing week we will be able to watch our prayers and flowers flourish and bloom. Refreshments, seeds, special cards and stones will be provided on the day. A bit of background to the event Human beings run the risk of having hearts that become smaller and closed, but if a person invites the Holy Spirit in, END_OF_DOCUMENT_TOKEN_TO_BE_REPLACED

Latest Message This month, October 2019, has been designated by the Holy Father as an Extraordinary Month of Mission. It is a month of renewal, in which the Pope calls us to rededicate ourselves as missionary disciples spreading the Good News. There’s a also a nod to a certain teenage member of our Church you may know… Watch the video or download the newsletter to learn more… Previous Messages Download and read, or simply watch the message from Bishop Philip, touching on the Bible, the year of The God who Speaks, the 1600th anniversary of St. Jerome and the 10th anniversary of Pope Benedict’s remarkable END_OF_DOCUMENT_TOKEN_TO_BE_REPLACED

Helping house refugees through Community Sponsorship Latest Update Thank you all very much. YOU have so generously pledged £28,000 to the refugee resettlement project, which is way in excess of what we had hoped for; enough to help support a further two displaced families in the future to resettle in our area. We are still looking for somewhere for the first family to live, so if you are a landlord and want to receive a guaranteed rental for 24 months, do please contact Pat at pfm190654@outlook.com. Many thanks for your very generous support. Also special thanks to the parishioners who either spoke, helped to give END_OF_DOCUMENT_TOKEN_TO_BE_REPLACED

Every wedding has as a story. That story becomes timeless when you celebrate it in front of God and with family and friends at a Church that means something to you. A special Church like Sacred Heart in Hook. Emma was baptised and made her First Holy Communion at Sacred Heart Hook as well as being one of the first girl servers on the altar. A significant member of the wedding group was Pickle the goat who was one of her bottle feds when she worked for Millers Ark. Guests came from far and wide, including Scotland Wales Cornwall as well as Cape Town South END_OF_DOCUMENT_TOKEN_TO_BE_REPLACED

Fr Paul shows how the Gospel reveals to us how we should learn to forgive ourselves.

The Great Story of Jesus: why & how He came, His life, His death, His resurrection and ascension, followed by His invitation for each of us to encounter Him and follow Him. We would like to invite you to come to a retreat day to encounter even more deeply the Great Story of Jesus and to respond to the living relationship He offers each of us.  The retreat will present the whole story of salvation from creation to Jesus’s death and resurrection and give opportunities to make a personal response.     We all need time out from our everyday life to respond to Jesus’s invitation to END_OF_DOCUMENT_TOKEN_TO_BE_REPLACED 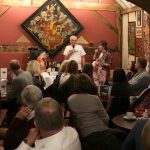 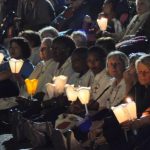 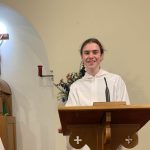